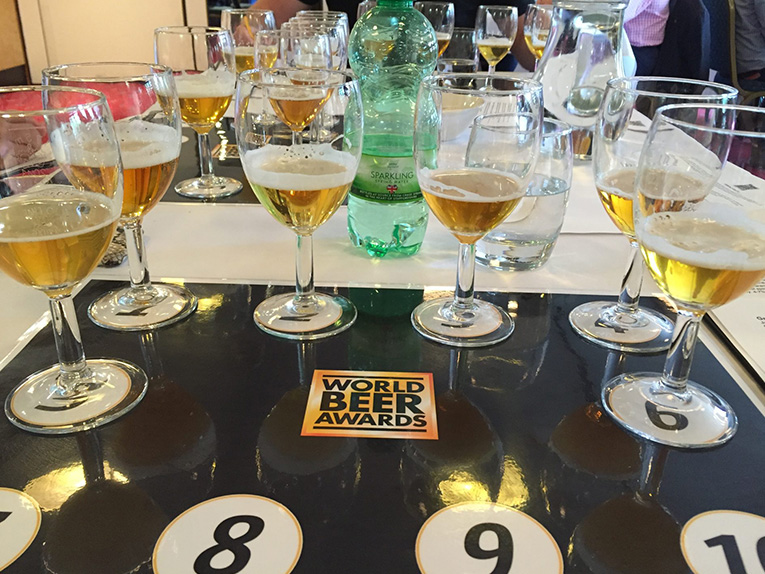 I write this as the sun is shining and with a light crisp lager to the side of me.

It is during the summer that I truly realise how lucky I am to live in this region, the reason being that right now we are in the height of the beer festival season and if you were a dedicated beer / cider drinker you could visit a beer festival every weekend from April to November.

I have in fact just returned from the Great British Beer Festival in which the local Brewery Golden Triangle (brewer Kevin Tweedy) won Gold for his delightfully hoppy pale ale, Mosaic City. For a few weeks before that I was judging at the World Beer Awards (WBA) and the International Beer Challenge (IBC). The WBA saw 2 of our local brewers winning medals, Lacons with brewer Wil Wood won for their Encore & Legacy and Redwell (brewer David Jones) for their Kofra Stout in the specialty class. This beer is also Gluten Free.

So what festivals will I make sure I am at this fine season? I also like a good range of food and music, so I will most certainly be at Pork Stock in September, in August I am torn as there are always 4 festivals that I like to visit, Wymondham Green Dragon, Panther in Reepham, Dereham and Peterborough. Unfortunately 3 of them are on the same weekend and I volunteer at one of them so I do have to do a bit of juggling.

I will most certainly at the Norwich Beer Festival in the last week of October, but as I volunteered and run the Foreign Beer Bar, I don’t real have a choice, it’s a hard life!

So pop along for a chat over a beer

I have spent some time talking about tipples so let’s talk a bit about some great nibbles.

It has been a long while since I have been to these 2 places.

Firstly The Old Ram at Tivetshall and I have to say that I was pleased to find that the welcome and food had not changed. Unfortunately I was faced with my pet hate, paper menus that were dirty, but this was my only complaint. My husband selected the vegi burger and I tried the homemade lasagne. The food was quick, tasty and well presented.

My second nibble was a bit of a family treat, Afternoon Tea at The Assembly House in Norwich. You sit in rooms that have seen history made and you almost feel that you should be wearing something grand. The drinks were unlimited as were the sandwiches and a nice touch was that they identified that a couple of my party did not like the salmon sandwiches and just changed them. I also like the fact that they will do Afternoon Tea for my Gluten Free friends. By the end of the tea I felt treated to something naughty yet very nice. Next time we must do the Champagne version.