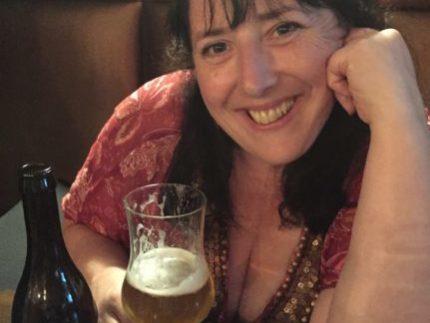 TryJanuary or DryJanuary, which ever has been your chosen path, this month has been a time for fresh starts and fresh ideas. At least 2 of our local brewers have some new brews being planned for the Great British Beer Festival Winter (19th – 23rd February), or the fringe event that starts the week before. This will be the last time Norwich will be the host of this CAMRA National Festival, so all the stops are being pulled out. Not just from our local brewers but the World Beer Bar will be trailing timed releases of beers from the USA, Belgium and the Netherlands.

Its been a year of new starts for me too. I have definitely been doing TryJanuary, the first week in January I began my Cicerone training. Learning in depth 80+ beer styles is a joy, that I am now able to share with others as I continue my collaboration with Norfolk Wine School. Although after attending one of Jeremy’s Wine and Cheese events I have been side tracked a little recently. Champagne and a soft local cheese is like having your tongue kissed by angels.

The local pub scene has also changed recently in Norwich, it is true if you don’t use your local you will lose it and there has been a lot in the press about this. I am pleased to say though that there are also people willing to open or reopen pubs to bring quality food or drink to the community. Fortunately, two of these are just down the road from me. Magdalen Road has seen both the Stanley and the Artichoke reopen under new management. The Artichoke is now the Tap for the Golden Triangle Brewery, Kevin’s beers are complemented by a range of local and national craft beers. The Stanley is part of the Black Horse on Earlham road and we can expect the same quality fare from this pub in the near future.

As I write this the news has been released that Fullers, one of the oldest breweries in the UK has been sold for 250 million to Asahi (Japan). This brewing conglomerate has been buying a number of large breweries across the globe as it aims to rival, AbInbev, Sab Miller and Molson Coors. It will be interesting to see what happens. To the quality and the brewery site in the centre of London.

Meanwhile support your local food and drink producers if you can.