Why Is There Not More Beer And Food Matching 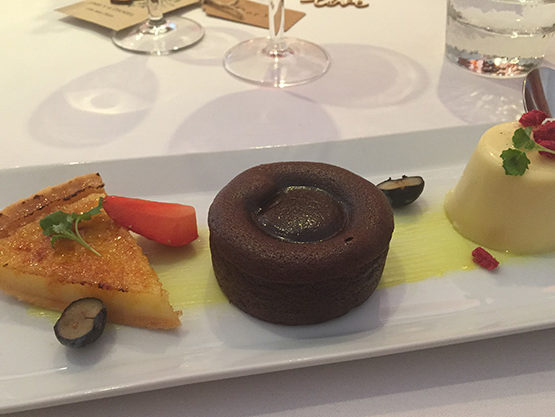 I consider myself very lucky to come from a region of great food and drink, award winning wines, breweries, chutney makers and butchers, yet so often when we visit a restaurant of a high class we see wine offered as the pairing for the great produce the chef is raving about. I recently read, chefs see beer as a drink for after work not during work, but this is not just for them, it is the same for the majority of consumers. Here I do lay some of the blame on the Normans, Ale just was not good enough for them.

This is slowly changing but having returned from a tour of Nottingham and Bruges its easy to see the amount of time, investment, knowledge and desire that will be required for this area to catch up.

This is especially so after a visit to Brasteds, a beautiful restaurant set in delightful grounds with some great staff. The food was heavenly and ended with a trio of deserts that could not be faulted, there was one major issue. The BEER, it takes a lot to make Stella (forgive me it was a hot day) but, this tasted flat and old (I know normally its served so cold you would not know). The offering in the fridge was Becks Blue or Peroni so I opted to tried the Suffolk Brewery, Adnams, Southwold Bitter. Real Ale should have a bit of sparkle, not the lifeless brown, oxidised and hint of Rodenbach beer we were served. A staff member queried the beer and we were all told it was because we had the first from the lines since if had been drawn through in the morning. I only wish that was the case.

I can only dream how a few bottles of local beers would have complemented the menu and supported local produce. Imagine the ouzing chocolate fondant with, Berry Bite from Panther, or the chocolate being enhanced by the coffee notes of Boudicca’s Spiral Stout.

But all is not lost, Galton Blackiston has teamed up with Norfolk Brewhouse to produce a beer for his restaurant’s, Galton’s, No1 Ale and No1 Lager. These have been designed to complement the offerings at both, No1 Cromer and Morston Hall.

To me it is strange that it has taken till now, beer has over 2000 flavour profiles (this figure is growing) meaning that there is a beer for everything, its just a matter of spending some time thinking about the tastes in each beer and the food you wish to match it with. Next month I will tantalise your taste buds with some ideas on food & beer combinations, with maybe even a recipe or 2, but first, I will be doing a bit of research on my tour to Mons, so do not be surprised if I come back with stories of great cheese, vineyards and distilleries as well as beer.